By Furniture UK on August 29, 2016 in Profiles, Uncategorized

As a privately owned retailer, manufacturer and designer of completely assembled hardwood furniture, Oak Furniture Land is famous for its home and small offices, nurseries, dining rooms, living rooms, bedrooms, beds, sofas and cabinetry furniture.  With over 68 stores around the United Kingdom, the furniture company is headquartered around Wiltshire's Swindon. 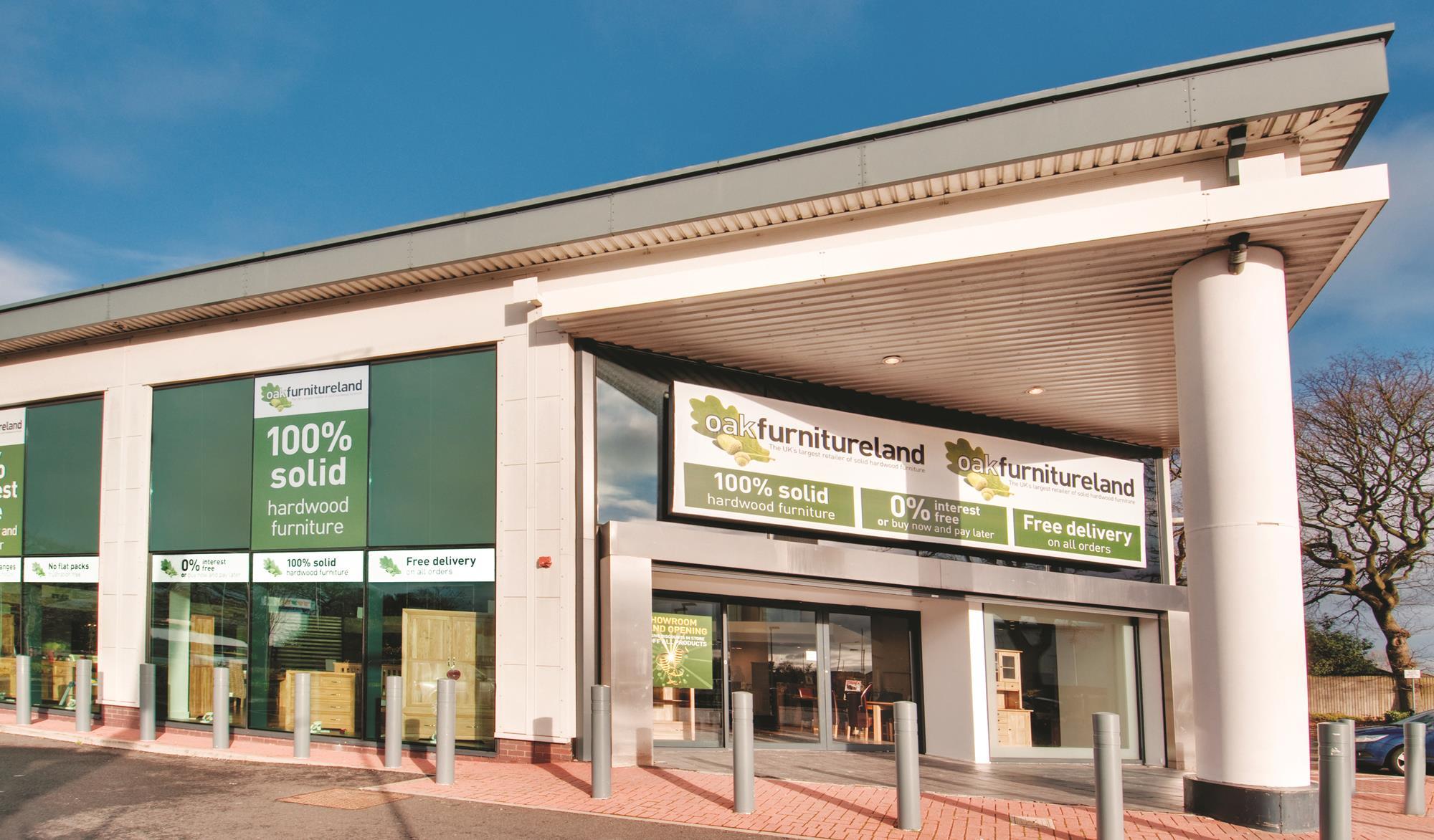 Most furniture retailers across the country started their journey as traditional stores before branching online when the online retailing took shape. Oak Furniture Land has a unique history having started online by selling furniture on the ecommerce site eBay by 2003. It became the top seller and largest retailer on eBay by 2006 with a £2.7 million turnover. The furniture retailer's first shop opened in Cotswolds airfield while the first ever Oak Furniture Land store was in Cheltenham's Retail Park. Its turnover shot up by 140 percent to £85 million by 30th September 2012. The financial year was also a record for the furniture company as profits went up to £9.2 million from £3.9 million.

By 2013, the company had opened additional 12 stores around the nation and created over 500 fresh employment positions in just three years. Oak Furniture Land has also appeared in the Sunday Times Fast Track 100 coveted table five times between 2010 and 2015, except for 2012.  2012 was also the year the furniture retailer moved to Swindon, Wiltshire in South Marston and occupied a 302,000 square feet building that became the company's national centre of distribution.

By 2015, Jason Bannister, the Managing Director and owner reported a £194 million sales turnover. Bannister was also shortlisted for the Ernst & Young's London and South region's Entrepreneur of the Year Award. Around June of 2015/16 the furniture chain retailer took its marketing to a whole new level when it became Burnley F.C.'s Home Shirt and principal sponsor. The company's commitment to the sponsorship saw its Logo replacing the football club's as Burnley played Leeds United FC within the community.

Oak and Furniture Land entire stock is processed in its current distribution with a 500,000 square feet space and delivered to customer homes through its own special Home Delivery fleet. The furniture retailer processes about 400,000 furniture orders annually.

Oak Furniture Land had seen a like-for like sales increase of about 25 percent by January 6th 2015 from Boxing Day 2014.  During this time, the retailer enjoyed a 40 percent rise in total sales particularly after Sofa Store was launched as a brand with around 57 chains.  Across its winter marketing campaign, Oak Furniture Land used about £12 million on advertising as another chunk was used in marketing Sofa Store that launched on 2014's Boxing Day. Impressively, Sofa Store comprised the retailers quarter sales while it was only weeks old.

The entry of the Salisbury showroom is the furniture retailer's proof of its expansion programme that has seen the company create a fresh furniture store on average every month for about three years now. In the process, over 350 jobs have been created across the UK in three years. The Salisbury Oak Furniture Land store has a total space of 14,000 square feet and will be displaying the furniture company's diverse and extensive range of 100 percent high quality hardwood pieces sold at an affordable unbeatable price. Exclusive contemporary furniture styles will be on offer, including uniquely designed furniture to meet the needs of each room across the home.

In July 2016, Oak Furniture Land received the yearly Fast Tract 100 Award from Sir Richard Branson held at his Oxfordshire home. At the same time, Jason Bannister, managing director and founder was also given the award for outstanding achievement. The award is given to celebrate entrepreneurship in Britain and brings together directors and founders of diverse private companies in the UK whose businesses are seeking rapid growth in terms of sales.

The furniture company has been increasing its sales by 42% annually for the last three or so years to around £239 million in terms of sales.  The company was feted for impressively growing its workforce, profits and sales rapidly and concurrently in the toughest trading conditions prevailing currently with a forecast of greater growth.

In Loved by Parents Awards of 2016, Oak Furniture Land also took three coveted awards. The furniture retailer took gold in category for the Best Nursery Furniture Set, and a platinum accolade for the Best Cot Bed as well as silver within the 2016 Best New Product Market award.