The Changing World of Payment Systems in Retail

What a customer uses to pay for retail goods is exactly what retail payment system refers to. Today, modern shoppers use cheques, charge cards, cash in coins and notes, credit cards and debit cards and other methods such as shopping vouchers, London's prepaid oystercards, loyalty credit cards and gift cards. Challenges facing these payment systems include fraud and costliness to a mere retailer. Bank transfers and cheques are mostly common where instant payment is not possible or a must in such retail sectors as antiques and heavy merchandise. 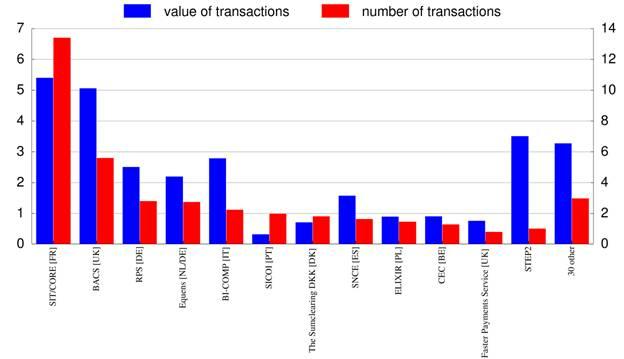 Between 1950 and 1960s retail payments were the strictest in decades. All retail stores expected a buyer to pay for goods in cash, cheques weren’t accepted by anyone. Independent and department stores also gave credit while hire purchase worked best for those looking to purchase washing machines, TV sets and vehicles and involved interest and strict clear monthly payments.

Between the 1970s and 80s, there were changes in retail and payment systems as credit card became an acceptable form of payment for goods. In huge stores, this started earlier on in the 70s but took time to spread to smaller stores and shops up to around 1989 when the mode of payment really took off. For instance, M&S only allowed its only type of credit card until about 2007. Credit cards couldn't buy you alcohol and cheques were as foreign in bars as free beer. In fact, in a postal strike across Ireland in the 80s communities in the rural areas ended using cheques as the currency as cash ran out.

Clearly, there're changes in payment systems with more transformations expected as the recent changes continue becoming the new normal. Essentially, even the fact that retailers are not obliged to accept other modes of payments except coins and cash of the realm is probably not well known.

Of course no every retailer today will accept notes and coins only unless they want to go out of business. To increase trade, diverse payment methods are accepted today. However, this is not without its challenges. For example, paying with cards comes at an extra cost with the justification of the costs an ever continuing debate considering there are all manner of stakeholders involved from consumer advocates, cash intermediaries, security companies, cash collection companies and tech innovators and of course, the retailers.

By 2009, the number of credit cards was 58.1 percent in the United Kingdom with debit card number standing at 79.3 million. At the same time, over 20 million adults were using their credit cards once every month on the lower side.

Around the same period, two billion purchases were completed through charge and credit cards to a tune of £139 billion in total, which includes hospitality, travel and other services. Those using debit cards about the same time made 5.9 billion in terms of retail purchases to a total sum of £264 billion as well as acquiring about £171 billion across the UK in cash.

Credit card payments a part of us

The number of cards exceeds the adult population, which means using cards as payment is now entrenched in the UK retailer's psyche. Between 2004 and 2007, a huge number of buyers were misusing credit cards, but that changed after the recession period and a huge number of them are now using debit cards more and cash as a way to cut costs and overspending.

According to the United Kingdom Payments Administration, card fraud stood at about £440.3 million by 2009. Among these, abroad fraud through cards issued in the UK stood at £122.7 million, £72.1 million for fraud against a present customer, £266.4 million fraud on cards where the owners were not present and counterfeit fraud cases costing £80.9 million. Fraud also extends to £1 coins where one in every 36 coins is counterfeit in the UK.

In the past few years, the world of payments has changed a lot. This includes the reduction of cash usage in payments as debit card usage keeps going up.  Since 2008 when the recession hit, the use of credit cards has reduced in a way but still growing. Across the UK cheques seem to disappear in retailing as guarantees of a cheque card nature disappeared by July 2011.  There has also been a growth in transactions that don’t require cards to be present during checkout, which usually involves credit cards as phone-based orders and changing mobile and online e-commerce continues to grow.

In most Nordic counties, electronic payments, unlike the UK, have literary made cheques obsolete as cash seems to hang in the balance and its future is uncertain as well.

Banks today have been able to control card-based payment fraud and the only loophole seems to be in card not present e-commerce fraud, a major headache as the online retail trade across the United Kingdom is expected to rise from 10 percent to 25 percent in the next couple of years.